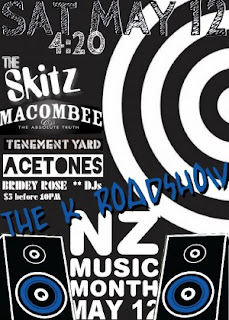 I must be getting old. I’m finding it bloody hard to get excited by N.Z Music Month. Previously I had looked forward to the event with an element of childhood-like excitement. Maybe it’s the line-up, post-earthquake malaise? Either-way I can’t get into N.Z Music Month 2012. Perhaps it’s a grand exercise that worked at one point and is now working its way to inevitable extinction? To use a Kiwi colloquialism “it’s done its dash”? Is it too long? A month is 8 per cent of a year, at least when I was at school. Rounded-up that’s close to 10 percent, inclusive of pre-publicity. Over-kill? Could not the worthy promotion of home-grown music be condensed into say two weeks? Two full on weeks which I’m sure even the most sober and Philistine Radio Stations could buy into. Two weeks of quality. Two weeks that exhibited N.Z Music in all its derivatives. My bet is punters would still attend gigs in the same numbers if it was scheduled over two weeks as against four. As a libertarian I can’t buy-into quotas = you must play more N.Z Music. The market must decide what is played and not some grey-shoed bureaucrat in Wellington. Two weeks or four won’t mean radio-stations or the media will promote N.Z Music any more than currently – that’s to say mediocre levels. So may be the powers that be behind N.Z Music Month should look at re-packaging the event. Put their emphasis behind even ‘exporting’ acts, fund a tour or two to Australia over this period? Get N.Z Music into schools with bands playing lunch-time concerts. Run competitions for ‘New Zealands Best Two Piece.’ N.Z Best Home-Made Song Video. The opportunities to promote local music are endless. They don’t necessarily need to be confined to nominated ‘months’. Irrespective of the vehicle to promote local music the best way to support these artists still remains buying their music and attending their gigs. Just watching a local bands You Tube Video gives artists a boast.


Tune into the best of N.Z Alternative Music on ‘Ground Zero’ Internet Radio. 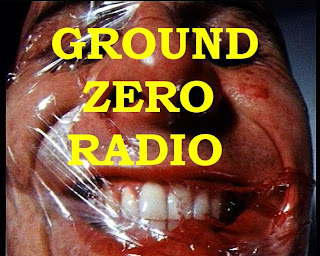