This is one weird instrument, a three string bass that looks like it was constructed for a stream-punk concert. It sounds very Joy Division(ish) in parts – exactly what you would envisage when you catch sight of it. I just wish the guy hadn’t kept strumming it for the entire clip and plucked instead, so we could hear what it could do then.
Posted by Paul Goodsort at 15:58 No comments:

Watching this You Tube on Chris Knox and The Enemy reminded me about my first ever ‘punk’ gig. Punk in was in 1978 was, its fair to say, a fairly middleclass affair. I was mates with Mark Brooks of ‘The Vauxhalls’ through primary school and they were playing at Mollett Street (footnote: the old of Mollett Street venue has recently been pulled-down, yet another victim to the earthquake on the 22nd) one Sunday night. Yes, Sunday and it took a lot of persuading to get the ‘green light’ from the folks to take mums car into town with school the next day. Mollett Street was the epitome of what a good punk venue should be: compact, dingy, peeling paintwork, dubious sanitary facilities and with the acoustics of a large fridge freezer. Apart from The Vauxhalls there were two other bands on stage that night, neither of which I had a prior clue about. Another local band called ‘The Doomed’ and some crowd from ‘The Enemy’. I remember little or nothing about ‘The Doomed’ except they played ‘Lowdown’ by Wire, but boy, even three decades later, do I remember heaps on ‘The Enemy’! Chris Knox stalking the stage like a twisted Charles Manson spreading his Kiwiana version of helter-skelter. The total ferocity of the groups sound, a bass wound up so loud it felt like they were giving you an enema (someone told me what one was like, in case you were wondering) Tribal drumming, guitar on max reverb. Then as if in some sort of black-mass ritual Knox began slashing his forearms. Talk about an eye-opener, up to this juncture in my life the only other bands I’d seen were doing renditions of The Sweet and Deep Purple in tie-die t-shirts. I think everyone in the crowd that night, 75 to 100 at best, was gob smacked and went home totally wired. The Enemy blew me away and I couldn’t wait to tell my mates at school what I had witnessed, left wondering 'if all punk bands were like this?' Sadly, no.
Posted by Paul Goodsort at 18:10 No comments:

Has it all been done? 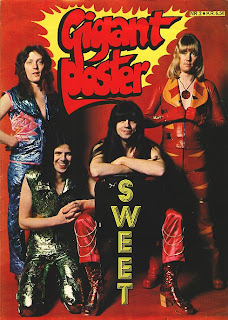 Without knowing it at the time I was born at the right time when it came to music.
Thanks mum and dad.
My formative years were plonked right in the middle of a period where contemporary music was exploding with new ideas, directions positioned on a bedrock of Top 20 artists.
Punk, Disco, Ska, Glam, New Wave, Electronica, Heavy Metal etc all had their history bound in some way to the 70’s.
During this period bands actually tried to differentiate themselves in a crowded market place.
If you were a record company you were after the next ‘new’ thing, the ‘new’ being a band that was unique and exciting.
Split Enz is the best example a Kiwi can provide to epitomise this ethos.
Internationally the influential, ground-breakers include the likes of say Devo, Wire, Talking Heads, Eno etc.
Complete musical genres came and went, their flame petered out as the public moved on to the next wave. Think say disco and glam.
So where are these ‘unique’ bands today?
In 2011 where is the teenage rebellion, desire to create a sound for today’s generation?
What is the next new thing in music business today that is not going to draw immediate comparisons to a band which has members who are old enough to be their parents?
In short: has it all been done?
Posted by Paul Goodsort at 14:40 No comments: 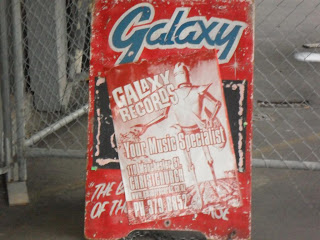 New Location: 336 St Asaph Street (on the left hand side between Fitzgerald and Barbadoes)
New Opening Hours: Thursday, Friday and Saturday.
It’s great to see this institution back operating again.
Get out and support Dave would ya?
Footnote: Save these pre-Feb 2011 photos for the memory-banks since the old locations are probably 'toast' now. 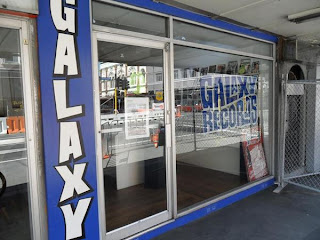 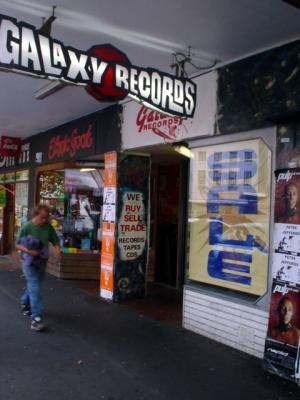 Posted by Paul Goodsort at 19:51 No comments:

Saturday’s Christchurch Press brought a ray of sunshine to shine through the grey haze that presently permeates the lives of live music fans.
The headline encapsulated the article, positive news  ‘Dux owner sets up music venue’.
Dubbed ‘The Dux Live’ the new dedicated Music and Beer venue is being constructed in Addington, near the railway on Lincoln Road.
That’s a bonus as it hopefully means the ‘noise versus neighbours’ issue that haunted the last location, is mitigated some-what.
Could we see bands playing after midnight?
Speaking about noise another great bit of gossip I spotted in The Christchurch City Draft Plan was the proposal to allow select areas of town called ‘Entertainment Precincts’ be permitted higher noise thresholds. Lichfield Lanes were one area the article mentioned as a zone where it’ll likely be fine in future to pump the volume up.
Dux De Lux owner Richard Sinke is epitome of an entrepreneurial Cantabrian we need to celebrate and embrace for bringing Christchurch back to life.
‘The Dux Live’ open in a couple of months and a more relaxed attitude by The City Council to live-music in metro – gotta be good.
Posted by Paul Goodsort at 13:41 No comments:

Screams in to the southerly wind (for what it is worth): “why is it not possible to hold a music variety show of any kind in this god-damned country, without Dave ‘Fucking’ Dobbyn featuring on the billing?”
Earthquake Concert, Christchurch Arts Festival, World Rugby Cup Concert etc etc the list is seemingly endless.
Are there any ear-drums in safe from this dire middle of the road drivel?
Is Dave Dobbyn ‘Exhibit A’ in prosecutions case that the music business in N.Z is one big daisy chain of mutual masturbation?
Does Dobbyn's popularity signal that middle only cares about the welfare of overseas kids?
Sometimes I wonder if I’m the only Kiwi to put my fingers in my ears and hum randomly at the mere prospect of another ghastly rendition of ‘Loyal’?
On one promo for an up and coming concert Dobbyn was described as being an iconic Kiwi, leading me to propose if idolic/icon worship is in vogue this is one graven image I’m going avoid, even if it does mean bathing in goats blood & listening to death metal non-stop for 7 days.
Posted by Paul Goodsort at 19:22 2 comments: 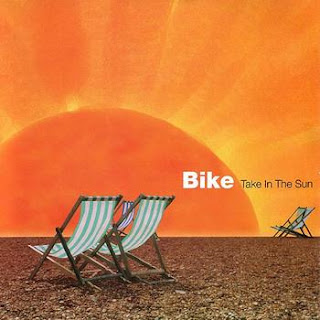 When Andrew Brough parted company with Straitjacket Fits in 1992 he returned home and formed Bike with Tristan Mason (bass) and Karl Buckley (drums) In a sad travisty of music history N.Z style ‘Take in The Sun’ (1996) replendent in it’s ghastly techni-colour cover, was their only major output. One friggin’ album was it. But what an album. It’s one of those rare records the more I play it the more I like it. Don’t believe what the chirlish critics have to say on this record. What were you expecting a Straitjacket Fits cover band? There was no Lennon/McCathy rivaly, intrigue between Carter and Brough going-on here either. No bones to pick over. Broughs shimmering guitars, magic vocals are best exhibited in his Bike project. This was a guy at the top of his game, on one fine,fine record. ‘Save my Life’ and ‘Keep you in Mine’ are great songs that should be on Kiwi compilations, should such compilations adhere to the novel idea of including the best songs and not the most popular. A year later there were two more Bike singles ‘Welcome to my World’ and ‘Circus Kids’ both of which were on the album anyway. Then nothing. Such a pity that was the last we heard of Mr Brough. I fervently hope the throngs reading this will trapes-out and buy the album, somehow reignite his creative passion. I remember reading somewhere he had ‘retreated from the music scene’ which is is PC term for ‘he’s had a fucking gutsful’. Regardless Andrew Brough’s legacy includes two of the best songs to come-out of New Zealand. Enjoy them below.

Footnote: I’m thinking of putting in my will “play ‘Save My Life’ at my funeral would ya.” Should get them all blubbering with a bit of luck. Morbid bastard eh?
Buy: Bike ‘Take in The Sun’
Posted by Paul Goodsort at 16:08 2 comments:

Appearing like dapper creatures from another planet, this flippant magical mystery tour  ‘You Tube’ clip from Roxy Music (1972) is an absolute diamond. Who the fuck needs special effects & large budget when a suave wardrobe is at hand? A worm hole into a period of musical/sociological history. An age when it was cool to dress pantomime and still be considered suave and cool. Speaking about cool – check out Eno’s keyboards. I bet you can play ‘space invaders’ on it as well. Hey Santa ya fat prick I want one of those suckers for Christmas! I can now die complete and happy.
Posted by Paul Goodsort at 15:59 No comments: